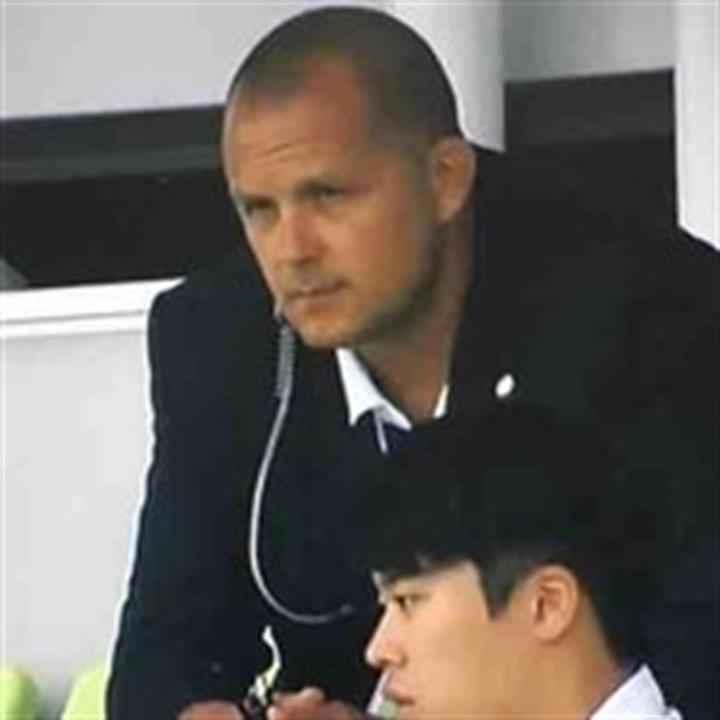 John William Walters graduated from St Peter’s, Cambridge in 1989. John is a former Waikato rugby representative who played for the province 26 times between 1991 and 1996. He is currently the Waikato Rugby Union resource coach and ITM Cup assistant coach. John has previously worked at the Bay of Plenty Rugby Union as coach development manager and ITM Cup assistant coach, as well as coaching Waikato age group teams. He was head coach of the Hong Kong team for two years in 2007–08. 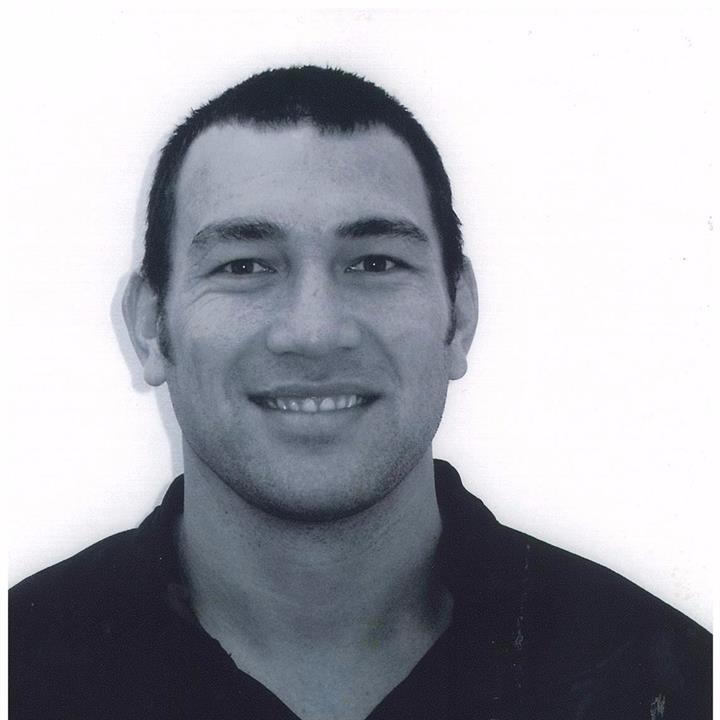 Keith Ross Lowen (1974–Present) graduated from St Peter’s, Cambridge in 1993. Keith is a former All Blacks rugby player. He played inside centre and represented Waikato and the Chiefs for most of his career. Keith famously scored a hat-trick for the Chiefs against the Blues in a Super 12 match in 2001. He has also played for the Cheetahs in South Africa for one year and then for the NEC Green Rockets in Japan for two years. 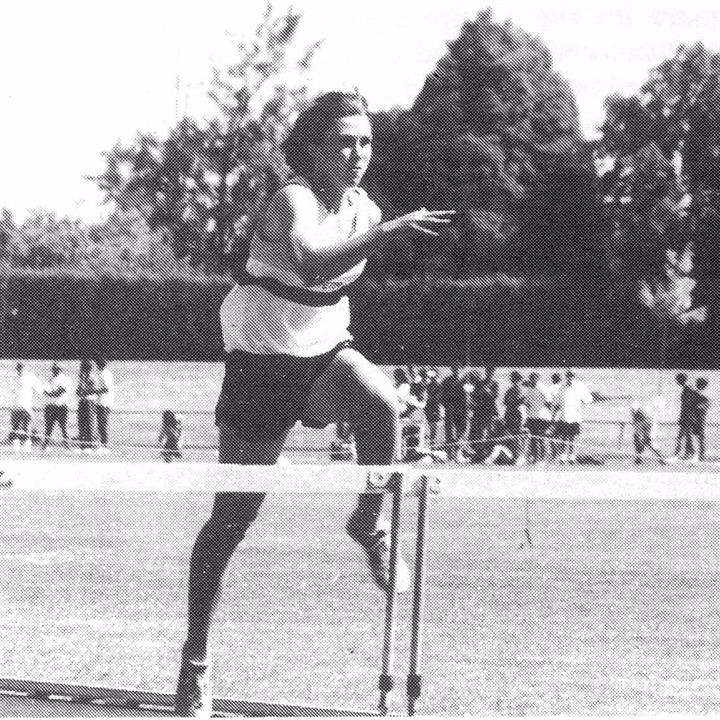 Melina Hamilton (1976–Present) graduated from St Peter’s, Cambridge in 1994. Melina holds the New Zealand record for high jump, both outdoors (4.40m in 2003) and indoors (4.20m in 2004). She represented New Zealand at the Athens Olympics in 2004. Her first international representation was in 1993 at the Oceania Youth Championships where she competed in three events, winning the gold medal in high jump, silver in javelin, and silver in the 800 metre race. She went on to compete in pole vault at three Commonwealth Games, two World Championships, and a World Indoor Championships. 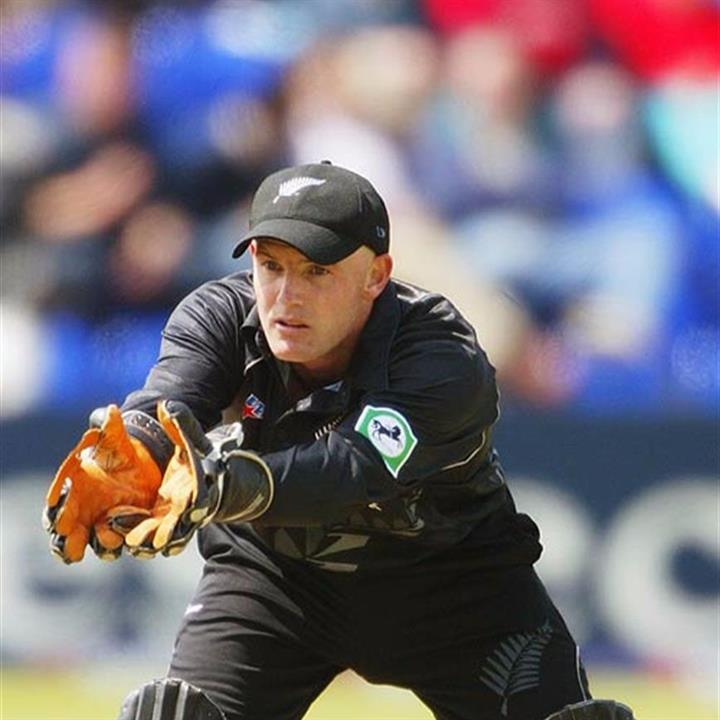 Gareth Hopkins (1976–Present) graduated from St Peter’s, Cambridge in 1994. Gareth was one of the Black Cap’s most successful wicket keepers in a cricketing career that spanned 16 years. He broke Ian Smith’s 22-year-old record for dismissals with a total of 461 (26 stumpings and 435 catches). Gareth played in four tests, 25 one day internationals, and ten Twenty20 matches. He took nine years to complete his degree alongside his cricketing commitments! Before joining the Black Caps he played for the New Zealand youth team and domestically for Northern Districts, Canterbury, Otago and Auckland. At Otago he scored five 1st class centuries in the summer of 2006–07 and as captain at Auckland he led the team to successive HRV Cup titles in 2011 and 2012. 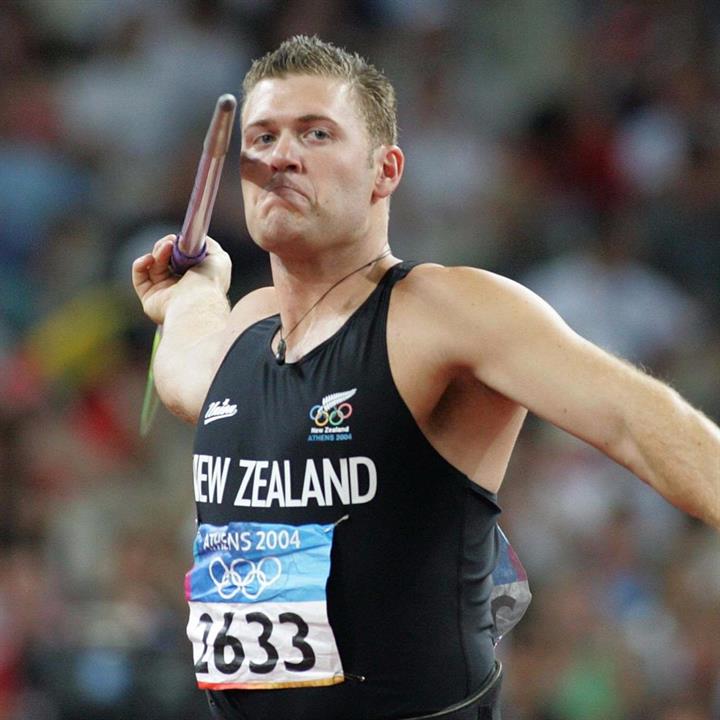 Stuart Farquhar (1982–Present) graduated from St Peter’s, Cambridge in 1999. Stuart is a New Zealand elite javelin thrower and twelve-time New Zealand national javelin champion. In 1998 when Stuart was a student at St Peter’s, he won the intermediate javelin at the Waikato Secondary Schools Championships. That year he went on to win both the Under-18 and Under-20 events at the National Club Championships and was chosen to represent New Zealand at the World Junior Games in France. To complete a fantastic breakthrough year Stuart won the New Zealand Secondary Schools senior javelin title in December 1998. Stuart has competed in the Olympic Games in 2004, 2008, 2012 (finishing 9th) and 2016. In 2006 he finished sixth at the International Association of Athletics Federations (IAAF) World Cup and in 2010 he won the silver medallist at the Commonwealth Games in Delhi. 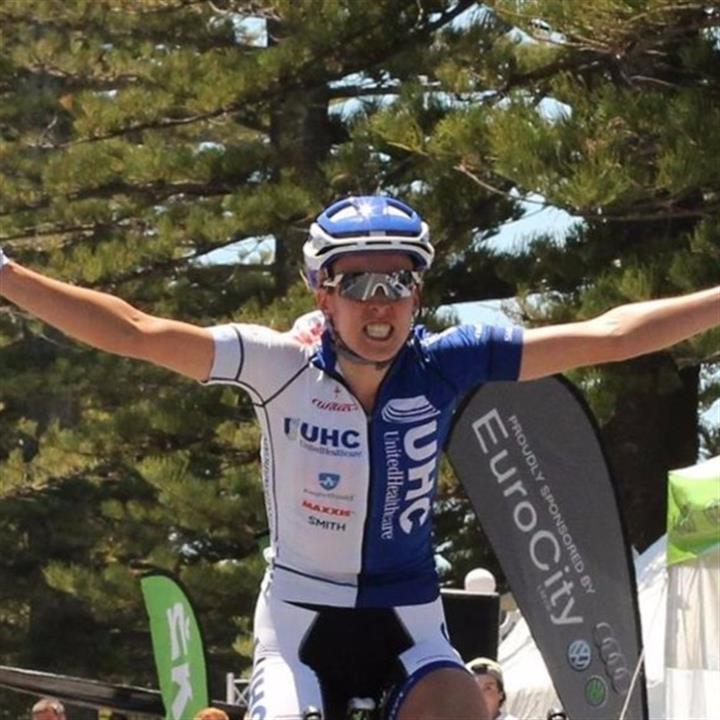 Rushlee Buchanan (1988–Present) graduated from St Peter’s, Cambridge in 2005. Rushlee was a founding members of the St Peter’s Cycling Academy in the early 2000s. She took up cycling after a school project on the Sydney Olympics introduced her to cycling and role model Sarah Ulmer. Rushlee has gone on to become a professional cyclist and competed at Rio Olympics in 2016. She currently rides in the USA for United Healthcare having previously ridden for Team TIBCO and Colavita. She won the silver medal in 2005 Junior World Track Championships, bronze at the 2010 Union Cycliste Internationale (UCI) Track Cycling World Championships in the Team Pursuit. She competed in the scratch, points and road races at both the 2010 and 2014 Commonwealth Games. She won the New Zealand road race championships in 2010 and 2014, with a 3rd place in 2011. She was 1st in the team pursuit and scratch races at the 2013 Oceania Track Championships. An interview with Rushlee is available here. 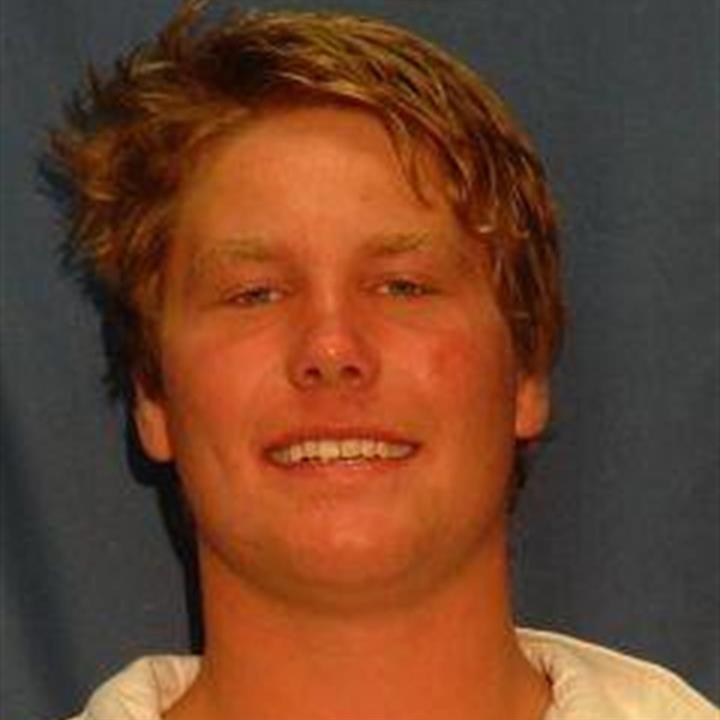 Mitchell Graham (1991–Present) graduated from St Peter’s, Cambridge in 2008. Mitch made his Super Rugby debut in 2015, playing loosehead prop for the Chiefs against the Crusaders. Mitch is described by his teammates as being highly dependable. He is also a qualified chemical engineer. In 2014 he won the ITM Cup Premiership title with his provincial side, Taranaki. Mitch has also played for Canterbury As, Bs and Under 21s. 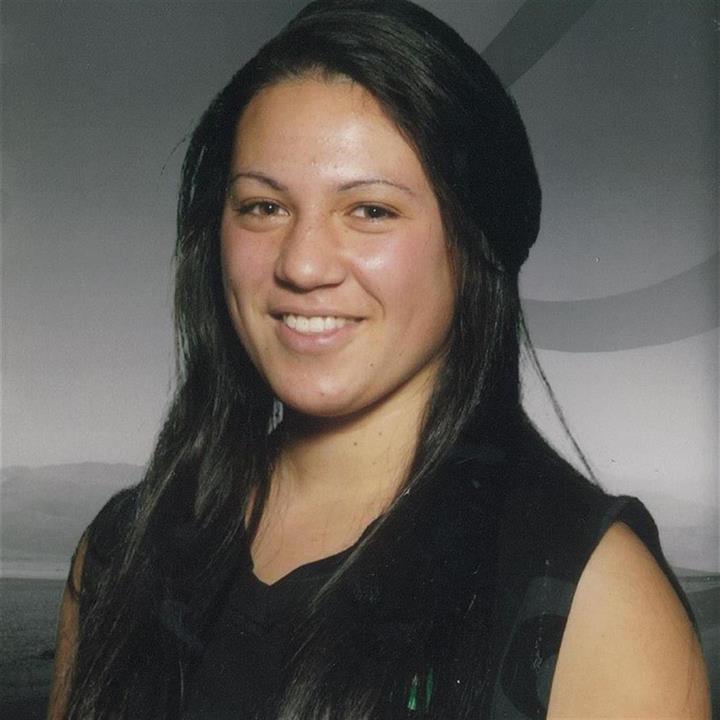 Krystal Leger-Walker (1997–Present) graduated from St Peter’s, Cambridge in 2015. One to watch for the future, Krystal first played for the New Zealand Tall Ferns basketball team in 2014 when she was only 16! In 2015 she played for New Zealand in the Under-18 3x3 World Championships team and again for the Tall Ferns in 2016 after graduating from St Peter’s. An extremely talented point guard, Krystal illustrates the importance of age group competitions for player development — she played for Waikato teams from Under-13 to senior women’s level. Krystall was twice New Zealand Junior National Player of the Year, MVP of the National Under-19 Tournament in 2014 and 2015, and MVP of the NZ Secondary Schools Nationals in 2015. She has represented New Zealand in many age group levels, including captaining the NZ Under-19 Junior Tall Ferns in 2014, the Under-17 team in 2013, and the Under-16 team in 2012. Krystal also played in the New Zealand Under-17 girls team in 2013 and the Under-15 girls team in 2012. Krystal is now studying at the University of Northern Colorado and playing in their division one college basketball team. 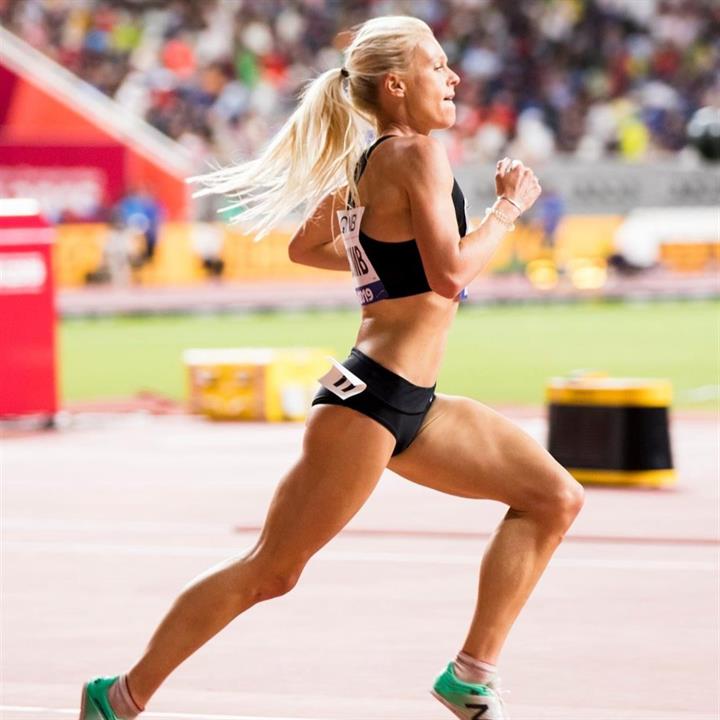 On leaving St Peter’s in December 2008, Camille accepted an athletics scholarship to study at Purdue University in Indiana, USA. She competed for the track and cross-country teams, captaining the women’s cross-country team in her last semester. On returning to New Zealand, she completed a BA with a Psychology Major and English Minor at the University of Waikato. Whilst studying at Waikato, Camille was a recipient of the prestigious Sir Edmund Hillary Scholarship and Prime Minister’s Scholarship.

Camille holds over ten national senior titles on the track, road and cross-country. She was placed 2nd at the World University Games in 2015 in Gwanju, Korea, in the 5000m and narrowly missed competing in the 2014 Commonwealth Games and 2016 Rio Olympic Games. She has trained with Nic Bideau and the Melbourne Track Club since 2016, living as a full-time athlete. Camille qualified and competed for New Zealand at the 2017 World Championships in both the 5,000m and 10,000m events as well as for the 2018 Gold Coast Commonwealth Games. She was placed 12th in the 2019 World Championships in Doha for the 5,000m and 10,000m events giving her automatic qualification for the Tokyo Olympic Games. Camille currently ranks number 2 all time in New Zealand for those events.